With the growing demand and competition within the mobile app market, the need for rapid development reducing time to market has become a standard. This need to fasten the development cycle for an early app launch within the market has enabled the progression of cross-platform app development.

So, apart from faster mobile app development, low-cost, and better performance with a single codebase, what other characteristics of React Native makes it so high in demand?

This is what we are going to explore. However, first, let’s understand what React Native really is?

In a nutshell, React Native is the brainchild of Facebook and its community. It is an open-source mobile app development tool allowing you to build Android and iOS apps using the framework.

With React Native you provide users with seamless user experience (UX) with a rich user interface (UI); safe to say better than native applications. As a cross-platform framework, React Native allows you to create hybrid apps that behave like native apps.

These applications are developed using the ReactJS library and maintain one codebase for both platforms, Android, and iOS. This reduces development time along with the cost that is usually a lot higher in terms of native apps.

As for the user interface, React Native as a framework has a set of UI components for both Android and iOS platforms to build native apps. Meaning, using the React JavaScript UI library, developers build an interface using the same UI building blocks as that used by iOS and Android native applications.

What more is that this framework enables developers to migrate a fully developed native app into a react native application without any hassle. When you come to the look and feel of both React Native and native applications, they are one and the same.

Yes, we discussed the majority of the advantages that React Native provides. However, you simply cannot invest in this framework because of the perks it offers. It all boils down to your own app requirement, budget, and more.

To understand React Native better, let’s talk about some of the major advantages it comes with so you know what you are getting into and whether it is the right fit for your next mobile app project.

Not every business or client has a big budget to support native app development and hire developers for Android and iOS separately. Nor do they have a large time to market (TTM) timeframe. Time is money for many in a marketplace that are brimming with competitiveness. While others that do have the budget and the time, do not want to gamble on a costly native app that has chances of abandonment considering the saturation and lesser usage after download.

This is where hybrid apps play a major role – that is, being a web app inside a native app shell. Built by using web technologies that include HTML, CSS, and JavaScript, these apps require single codebase for both Android and iOS reducing development cost and time.

This rapid production of hybrid apps within a tight budget also allows faster deployment giving you an edge over your competitors by early deployment. First come, first attract?

This is the obvious and the major edge that React Native provides being a cross-platform app development framework; that is, allowing developers to write one codebase and make use of the native UI library along with native APIs to create native-like apps.

These hybrid apps provide the same level of performance and feel as that of native, at less cost, time, and resources.

React Native allows you to create responsive and eye-catching user interfaces through pre-built UI components like Button, Slider, Switch, and many more. Moreover, there are several iOS and Android-centric components available as well for you to skip the hard part of creating them from scratch.

With the free React Native UI Kit, you get to create a responsive, simple, and high-performing user interface enriching the user experience. Which is an ideal situation for not only developers but also for businesses to be able to achieve functional and rich UI with pre-existing UI components.

Cross-platform apps may not be as fast as the native apps that are built on native languages such as Java, C#, Swift, and more. However, React Native enables apps to be optimized with native code as well, giving it a performance boost.

This enables you to add any third party service to your React Native app that is written in some other native language; known as bridging. Such flexibility provided by the React Native framework enables the creation of high performing apps with impeccable user experience guaranteed.

Considering the global popularity and usage of React Native, it is mainly driven by a supportive and enthusiastic community. Since it is an open-source platform, developers have an active and friendly community on major platforms such as GitHub React Native Community and Reactiflux Chat. On such community platforms you can find supporting documents, data, answered queries and much more provided by experts.

In addition to the mentioned forums, you can get plenty of help from StackOverflow, Reddit, or Codementor.

With developers uploading their code online, it allows others to make use of it and modify it to their liking. This speeds up the development process, helps others solve their challenges, collaborate on projects, and get constructive feedback from the community.

Since with React Native, we are dealing with one codebase for both iOS and Android; your team size reduces significantly. You would at the least require a JavaScript developer that can code for both platforms using React Native framework.

Apart from reducing your team size, you are also saving money for hiring and maintaining a large IT department that would require various resources to function. Yes, there are certain app requirements that include native features requiring assistance from native developers, but for the most part, you are sorted with a small team.

React Native simplifies data binding ensuring secure and stable applications. Meaning, in order to change any object, the developer would have to modify its state to apply updates. This way, only allowed components will be changed without affecting parent data.

Plenty of big companies have their apps running on React Native that include Facebook, Instagram, Skype, Pinterest, Bloomberg, Tesla, and Uber Eats just to name a few. This goes to show the popularity and credibility of the React Native framework offering scalability, maintainability, and refined performance.

Nothing is perfect and without any lack – just like React Native. Although it is one of the most robust frameworks for cross-platform mobile app development, there are certain things that you need to consider when deciding on React Native to be your next framework:

Now, depending on your mobile app requirement, you can check whether the cons would affect its overall stability and success. Otherwise, it is an excellent framework for businesses looking for faster mobile app development with support for both major platforms, low maintenance, and lower development cost.

At KoderLabs, we house some of the most talented teams of devs and mobile app gurus that would love to take on your idea and convert into a winning app. So, contact us, and let’s get the ball rolling! 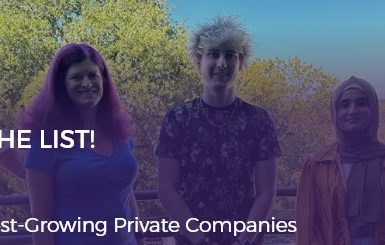