Humans respond better to moving objects as it is a natural built-in reaction to anything that shows movement. Similarly, having animations within your website or mobile app catches the eyes and attention of the user, bringing their focus to the important elements of your software product. When animation is done skillfully, it enhances the user experience by adding personality and oomph into your interface – take gaming apps, or gamified apps as an example.

What exactly is CSS animation?

CSS animations, hence, is a method of bringing certain HTML elements to life without having to exhaust your processor or take the help of Flash. In addition, with this powerful tool, you can produce seamless 60fps animations.

There are two basic building blocks that make up a CSS animation.

Sub-properties of the animation property include:

A little movement goes a long way. There is no need to overblow the animation as it can be distracting and downright irritating. We need small movements to catch their attention and compel them to perform the necessary action, if necessary.

Some of the best animations that you witness online stem from Disney’s 12 principles of animation. So it would be great for your learning process to go through them as well.

Now to the main course, that includes some of the best examples of CSS animation that you can recreate for yourself.

If you click on the title above, you would see how Google’s ‘Game of the Year’ showcases a fun CSS animation on the homepage where the title words appear animatedly and sort of crash into each other. It was simple, not too many movements and neat!

You can achieve this as well, here’s how:

The mixed animation is defined through the same settings used for the forwards and backward animations. In the case of applying animations, the nth-child selector is used to
apply alternating animation settings.

One of the best ways to enhance the depth of your animations is by offsetting your animated elements. We know that a JavaScript trigger is to launch a selection of animations based on scroll position. But in CSS, there is a useful property that can do wonder to your animation – animation-delay.

Take an example of having a grid of images that need to animate into a frame whenever a user scrolls. There are many ways to achieve that, but the obvious route would be by adding classes to the elements as they enter the viewport. This could add load to your browser. However, that can be curbed by adding a single class to a container element and defining animation delays on child elements.

You can see above that with the preprocessor like SCSS you can loop through each :nth-of-type selector and then apply an animation-delay based on each child element’s numerical value. Another thing that you can notice is that each increment is reduced to a fraction of a second.

This content-reveal trend is hot these days and it is best to gain user’s attention and to engage them. you must have seen on plenty of websites when a block of color grows from one side (either horizontally or vertically) and flips revealing content (text or image) underneath? It may seem that there is a lot that is going on here, but it is fairly simple and based on a few things. How?

Click on this link to see it all in action.

Want these animations in your project?

These were just some of the many great CSS animation examples that we at KoderLabs, a software development company in Houston can incorporate into your projects, ensuring an exciting UI/UX design that is bound to give your business higher user-engagement and competitive edge. So you have a great idea that needs to materialize? Connect with KoderLabs now. 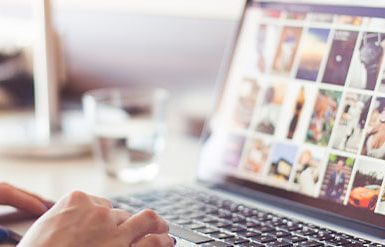