However, for developers and software development companies choosing one technology among the many available can be daunting. So simply narrowing it down to two leading technologies in the market (Flutter and React Native) and weighing them against each other will give you an insight as to which one suits you and your requirements best.

Flutter is an extensive open-source app SDK (Software Development Kit) that comes with a complete set of widgets and tools. Developers use this portable UI toolkit to develop native-looking Android and iOS apps that use the same codebase.

Just a quick overview of what benefits and hurdles you might face with Flutter.

Flutter makes it easy for mobile app developers to simply write one codebase for two or more applications – mainly including iOS and Android. Moreover, as mentioned, Flutter’s own UI toolkit allows the development of the same looking apps on both platforms. Now, with Flutter’s web version in the works by Google, the same codebase will also include web platforms.

Say goodbye to lagging and glitchy apps with Flutter. Why? Because it makes use of the Skia Graphics Library that enables redrawing of the UI every time a view changes. Moreover, this fast-app technology delivers 60 frames per second, which is remarkable.

It is an addiction that only developers can understand. To see changes made to the codebase of a running app, reflected in the application within a few seconds is intoxicating, right? This is what Hot Reload feature is all about – it helps the development teams add features and fix issues in a jiffy. In addition, this feature helps designers and developers collaborate to bring their ideas to life.

Since there is one codebase being used in both platform the testing time for QA teams is reduced around 50% as compared to traditional mobile app development testing. Since they are creating the same tests and running it on both platforms, it saves much of the time and resources.

If the company you work for provides Minimum Viable Product to their clients, then Flutter is the perfect solution for your app. Since it encourages fast app development. [Read #3]

The new apps made with flutter work just fine on older iOS and Android devices. So this gives you further reach to consumers owning older versions of iOS and Android.

Flutter is still a work in progress, so Google’s support for Flutter may be great but it is still in its infancy. So the existing libraries don’t always have the functionality you may be looking for and the developers may have to build it from scratch.

Because of its popularity, the developer community at large is taking interest in Flutter, but the community itself is small and inexperienced. As for Dart, it is still hasn’t taken over Javascript and is fairly new.

Nonetheless, the demand and practice are growing, so there is a lot of potential in this.

Considering the journey of Flutter has just taken off if Google decides to halt its support for Flutter – it is downhill from here. However, considering the team at Google is more than invested in its development, Flutter will continue yo thrive.

React Native is an open-source mobile app framework that uses Javascript. Like Flutter, it enables cross-platform development and allows using single codebase for both Android and iOS.

Pros and Cons of React Native

Let’s have a look at what React Native has to offer in terms of benefits and downgrades.

Similar to Hot Reload in Flutter that speeds up the development process allowing developers to make changes to the existing code or adding new code into a live app, easy and fast. In addition, these changes are instantly reflected within the app without having to halt any operations.

React Native doubles on the Hot Reload feature by introducing another called the fast refresh in its 0.61 version. This new feature combines the live and hot reloading, which, in turn, makes the development faster, more efficient, and of high quality.

Same as Flutter, only in React Native, JavaScript allows the sharing of code with web apps. Libraries like React Native for Web, ReactXp, and React-Native-Windows allow one you to write one code for multiple platforms including web and desktop apps.

Again, with one code being used on all platforms, the test cases and scenarios are similar. This reduces the time invested in testing each application, increases quality, reduces cost, and relieves QA teams from extensive testing by 50%.

React Native has been around longer than Flutter so Facebook had plenty of time to develop, test, and enhance this technology. The API itself was given ample time to mature over time.

You can easily find countless tutorials, libraries, and UI frameworks for learning purposes and for using it for development. The community is vast and growing, so you can be a part of it and get plenty of assistance. Many of the libraries of React Native work on multiple platforms, so you won’t be restricted to using just some of them in your cross-platform app development project.

React Native uses native components, which will automatically update your app’s components after every OS UI update. However, this may break your UI as well. Since this scenario happens rarely, the chances are slim.

Since the libraries are extensive, there are many that are low on quality or abandoned. So it is best to check the number of issues and frequency of commits in a repository to check its authenticity.

React Native gives native-like feeling to the apps. However, the UI experience and performance level are not the same as a native app. However, in any cross-platform solution, this is the case and React Native makes it fairly easy to achieve this ‘native feeling’, compared to Flutter.

It entirely depends on your mobile app requirement as to which platform to choose. If you are passionate about learning an upcoming technology and experiment, then Flutter is for you. Either way, your app will be in great hands. So code away! 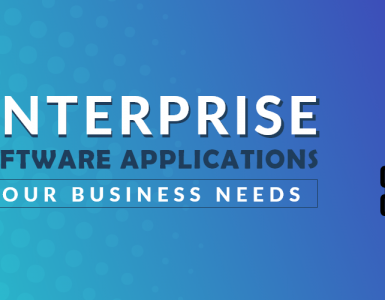 The business world of today has branched out to mega enterprises handling several processes simultaneously; one that has become impossible to manage manually. This is where these enterprise solutions come in playing a... 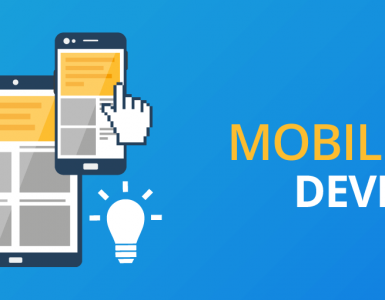 Mobile App Development: What Makes an App Great and Successful?

The question of what makes an app successful isn’t as generic as one would assume. Much of it depends on several factors including the idea and the target market, at large. However, we can narrow down to a few key... 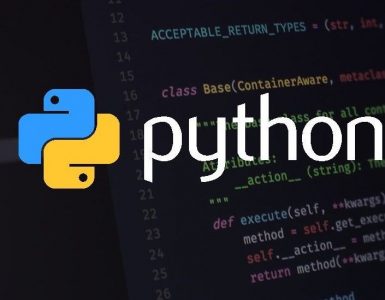 Python Libraries: Top 6 That You Should Know About

Python has become one of the most popular programming languages that is rapidly growing. According to SlashData, there are 8.2 million developers that code in Python, leaving Java behind. This rise in popularity and...